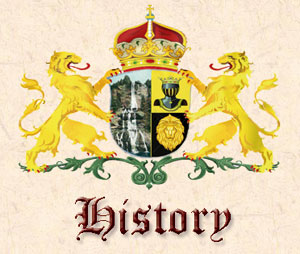 The name "Romkerhall" is connected with many important names, because the forefathers of those from Romkerhall were emperors, kings and princes. The best example is King Georg V of Hanover who married Princess Marie of Saxe-Altenburg. Her original residence was the Marienburg castle at Nordstemmen near Hildesheim.

It was common practice in the ruling houses that the nobles used certain grounds for hunting - one of the reasons was the one of representation.

Even though he was blind, King Georg V intuitively recognized the special charm and the romance in the air around Romkerhall.
In 1862 he instructed his property manager Mr. Lüer to establish a hunting lodge for him.

The lodge was opened in 1863 and when King Georg didn´t invite any guest the building in Romkerhall was used as a public inn.
In order to enhance the appeal of newly opened hunting lodge, in the same year an artificial waterfall was laid out. This was initially only operated in the afternoons and formed a cascade which resembled the Staubbach Fall in Switzerland's Lauterbrunnen valley in the which attracted thousands of visitors.
Therefore, the little river Romke, which flows up in the mountains, was redirected, and now the water falls off the 64 meters high rocks.
It is the highest waterfall in the North of Germany.

King Georg wanted this waterfall to be exactly opposite the entrance of the building.
He had lost the sight of one eye following a childhood illness and accident in 1828 and in the other eye in 1833 however he didn´t want to depend on anybody.
When he was walking in Romkerhall the rushing of the water of the waterfall showed him the entrance of the hunting lodge.
In fact, King Georg couldn't enjoy the sight of the magnificent waterfall, but he was delighted by its rush.

On the occasion of this action, King Georg subordinated Romkerhall to the Crown of Hanover, and declared the area to be municipality-free.

Only a few years King Georg enjoyed his hunting lodge in Romkerhall.
When the Prussian army occupied Hanover and the Hanoverian army surrendered on 29 June 1866, the King and royal family fled to Austria. 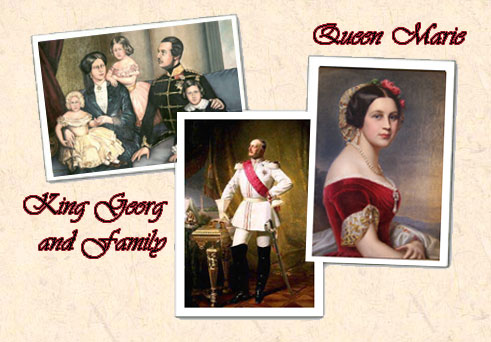 The Prussian government formally annexed Hanover on 20 September 1866 but the property in Romkerhall was left untouched.
It is said that King Georg had presented this hunting-lodge as a gift to his wife Queen Mary, who was a princess of Saxe-Altenburg. Otto von Bismarck didn´t take it from her because he didn´t want to insult the family of Saxe-Altenburg.
King George had presented several great gifts to his beloved wife.
Between 1858 and 1867 Georg V had Marienburg Castle (Hanover) built as a birthday present to his wife, named after her.
In Romkerhall King Georg named a mountain (the “Marienwand”) after his wife.

When the time of the monarchy in Germany came to an end in 1918, the story of the Romkerhall house got forgotten.
Even when there was a general reformation/regional reorganization in the 70s of the 20th century, Romkerhall still wasn't assigned to any municipality. Until today, it remained independent land.

The former owners, who bought the property after a fire and restored it, took the chance in 1988: they proclaimed Romkerhall to be the "world's smallest kingdom". They found a suitable queen in Princess Erina of Saxony - Duchess of Saxony and the wife of Prince Thimo, the grandson of the last Saxon king Frederic August III.

This way, there was a direct connection in the succession to the Saxon crown. 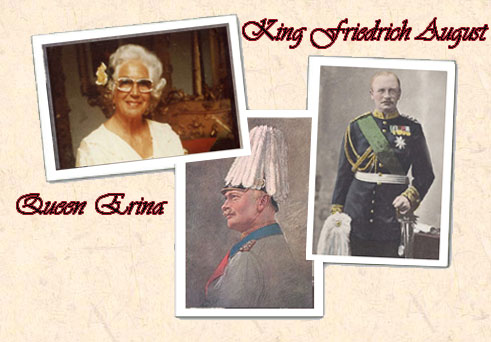 Frederick Augustus III (German: Friedrich August III.) (* 25 May 1865, Dresden, † 18 February 1932, Sibyllenort) was the last King of Saxony (1904–1918) and a member of the House of Wettin.
Frederick Augustus served in the Royal Saxon Army before becoming king, and later was promoted to Generalfeldmarschall. He abdicated as king on 13 November 1918, after the defeat of the German Empire in World War I. He died in Sibyllenort (now Szczodre) in Lower Silesia and was buried in Dresden.

Few months before her death in February 2010 Queen Erina resigned. Since this time the ruling Princess Susanne of Romkerhall is representing the little Kingdom.
A new queen has not yet been coronated. 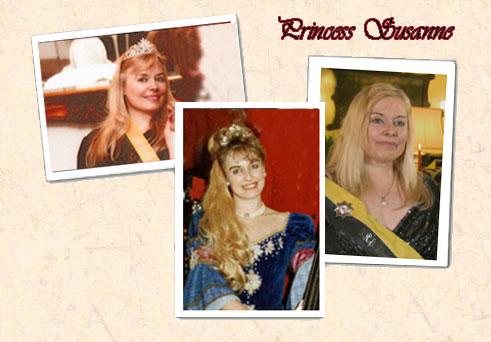 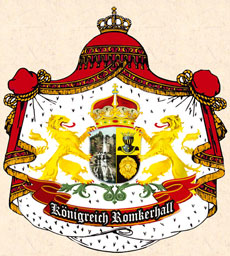